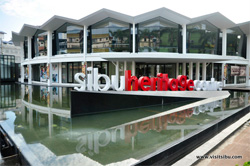 The Sibu Heritage Centre displays the rich cultural heritage of the various ethnic groups of the Central Region. Housing its own museum, exhibits centered around Chinese migrants from the various dialect groups and also those of the earliest ethnic tribes are on display. 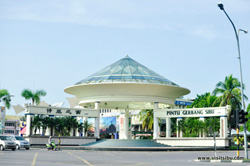 The 'gateway' to Sibu is symbolic in nature, with fountains, a stage and Lin's Garden. 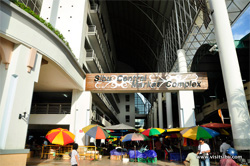 The Sibu Central Market is the largest and most interesting in Sarawak, it is also Malaysia's biggest indoor market, home to thousands of stores selling every imaginable thing. Highlights include Iban ladies selling exotic fruits, jungle produce and handicrafts, and the Chinese poultry sellers who offer their live chickens and ducks neatly wrapped up in tubes fashioned from old newspapers. 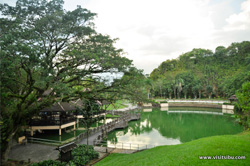 The park offers a lookout tower where visitors can view surrounding plantations, longhouses and the Igan River. The tower is often visited by local Ibans bringing offerings to a benevolent spirit, the Naga Bari, which is believed to help people in need. The park had won the National Landscaping Competition Award In 1997 and 1998 and has also a suspension bridge over a lake. 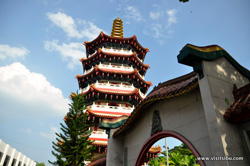 This temple is over 100 years old and is the oldest and best-preserved Chinese temple in Sibu. The 7-storey Goddess of Mercy (Kuan Yin) Pagoda next to it was built in the late 1980s and is one of the most perfectly proportioned pagodas outside Mainland China. 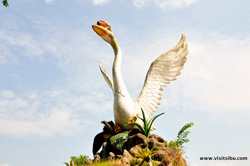 The swan is Sibu town's symbol. When the early Chinese settlers came, Rajang River reminded them of the Swan River in Fuzhou, China, hence the Swan was chosen as Sibu's symbol. 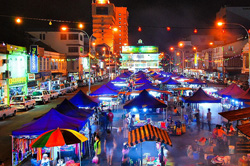 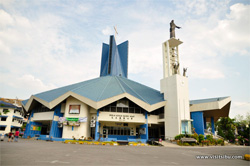 The current Sacred Heart Cathedral was built in 1985 but can trace its history to 1906.